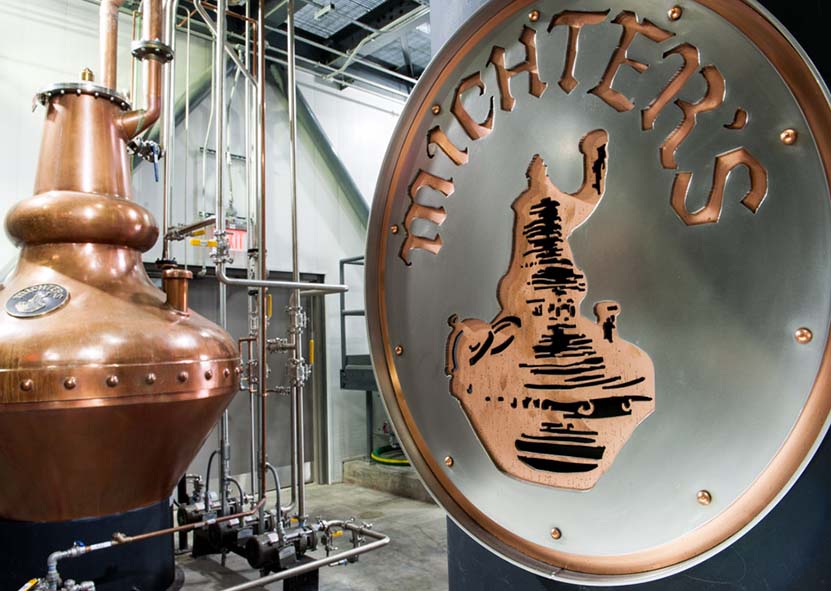 Whiskey came to the American continent with Irish and Scottish immigrants. As the groups settled, they were forced to adapt in many ways including the use of new raw materials in their surroundings such as corn and rye. Today there are few similarities between American whiskey and its cousins the Scottish and Irish whiskies. For example, no smoke is used to dry the corn, rye or wheat, which are used in American whiskey. Alsomashbills in the US feature a higher percentage of corn and rye than other whiskies and distillers use backset from the previous distillation in the next mash – hence sour mashing. It must also be remembered that most American whiskies come off the still at a low distillate strength and are then put into new charred barrels to mature. Because of this, American whiskey often has a fuller, stronger and sweeter taste than most of its European counterparts.