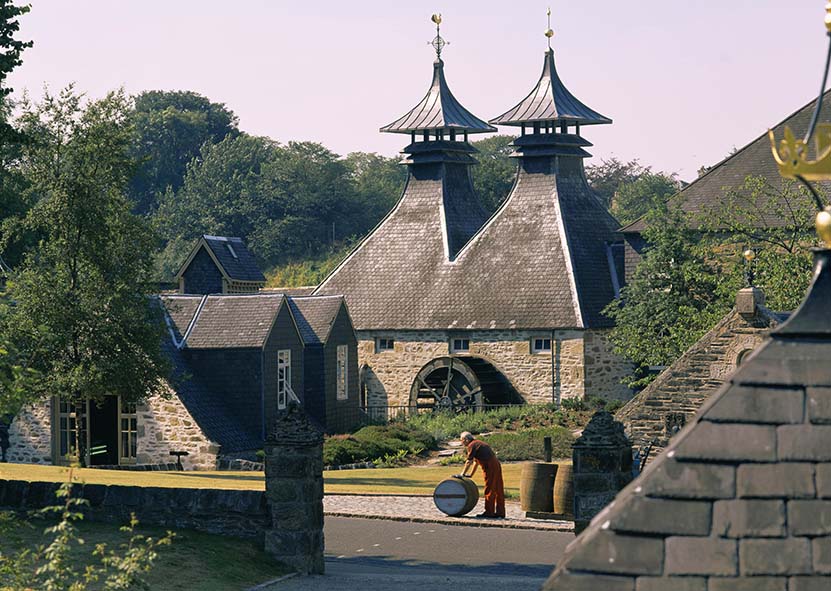 Northern Ireland is dominated by Bushmills, one of the oldest distilleries on the island. After starting out as a family owned business, then changing hands a few time it was sold in December 2014, by drinks giant Diageo plc to Jose Cuervo. All of the whiskey bottled under the Bushmills whiskey brand is produced at the Bushmills Distillery and uses water drawn from Saint Columb’s Rill, which is a tributary of the River Bush. The distillery is a popular tourist attraction, with around 120,000 visitors per year.

The company that originally built the distillery was formed in 1784, although the date 1608 is printed on the label of the brand – referring to an earlier date when a royal licence was granted to a local landowner to distil whiskey in the area. After various periods of closure in its subsequent history, the distillery has been in continuous operation since it was rebuilt after a fire in 1885.It is interesting to note that Bushmills was peated until the 1960s. Northern Ireland is experiencing a revival in small craft distilleries too. Echlinville Distillery, The Quiet Man Distillery, Rademon Estate Distillery opening their doors in recent time.