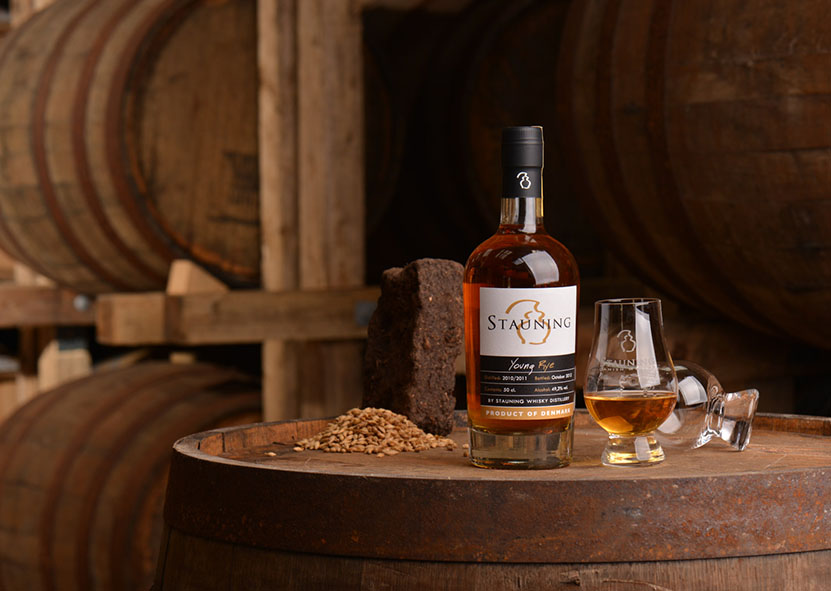 Braunstein (Copenhagen), Fary Lochan (Give) and Stauning (Skjern) form the three-pointed spearhead of Danish whisky producers. Drinks behemoth Diageo invested £10 million in Stauning, which shows the Vikings are considered to have become an important player in years to come. Braunstein grew from a beer brewery; this brand is slowly conquering export markets. Nordisk, Trolden, Orbaek and Limfjorden are four other small distilleries producing limited amounts of whisky and other distillates.