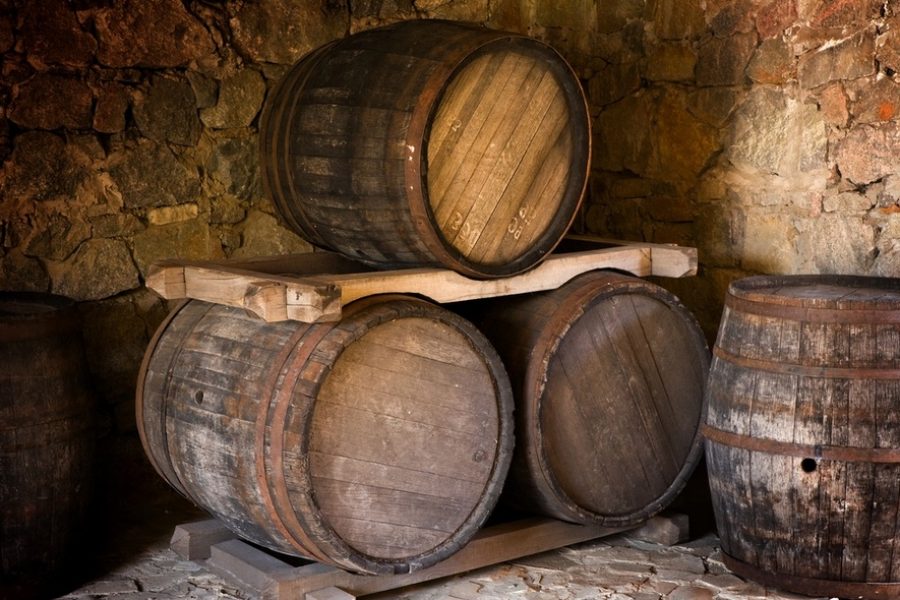 Several countries are now on the road to recovery from the COVID19 pandemic and are opening their doors to international travellers. In India, too, the second wave seems to be showing signs of slowing down. What better time than now to start planning the next vacation overseas, amyeb in the next few months – which for whisky lovers will be most exciting if it involves distillery hopping. As you get started on planning your next big whisky trail, you could get adventurous; skip Dufftown, Scotland, and Lynchburg, Tennessee, and head out the new distillery destinations. Here are some which are attracting the whisky connoisseurs:

If you’re seeking cold comfort, Teerenpeli Brewery & Distillery in Lahti, Finland, a family-owned business that has received the award as the ‘worldwide whisky producer’ in the International Wine and Spirit Competition in 2020, is for you. The location is perfect with groundwater filtered by the Salpausselkä ridges. The barley is grown in local fields and after harvesting, malted in the town of Lahti just next to Teerenpeli to make premium single malt whiskies. Lahti is just 100 km away from the capital of Finland, Helsinki, and a visit to the distillery is free. Guided tours and tastings are offered by appointment.  Kyrö Distillery Co in Isokyrö, a 12-century heritage town, 160 km from Helsinki, produces the finest Finnish style single malt rye whisky, ageing it in traditional ex-bourbon and ex-Oloroso sherry barrels as well as in new American oak. A destination for whisky lovers.

With Swedish whiskies building a global fan base, the distilleries too are attracting tipplers. Hvan Backafallsbyn, a family owned, pot still distillery, is the best known and located on the island of Hven, situated in Öresund between Denmark and Sweden. The distillery produces fine single malts, smooth as well as peated. A four-star hotel with gourmet restaurant, pub, wine bar, spa, boutique and unique whisky bar, this distillery is ideal to get a taste of Swedish whisky. Mackmyra Distillery is also trying to make a mark globally with its single malts. The distillery, which is now Sweden’s largest producer, is located 90 minutes from Arland Airport, if you’re planning a visit.

Even as Japan gets all the attention in Asia from connoisseurs of fine whisky, Taiwan’s Kavalan Distillery too is winning hearts as a new whisky homeland. Pioneering the art of single malt whisky in Yilan County since 2005, Kavalan whiskies combine quality, smoothness, and fruity character. Since releasing its first expression in 2008, Kavalan has racked up awards and attention largely thanks to master blender Ian Chang and cask expert the Late Dr. Jim Swan. Utilizing nearby spring water and Forsyths Scottish copper pot stills in combination with Holstein stills, Kavalan embraces Scottish techniques while taking advantage of Taiwan’s sub-tropical climate and its effects on barrel aging. The distillery’s newest and aptly named Sherry Oak expression is matured exclusively in Spanish Oloroso sherry casks, earning a gold medal at San Francisco World Spirits Competition.

The new whisky trail in Continental Europe is Brandenburg, Germany with ancient castles, forests and barley fields. This region near Berlin boasts 250 whisky producers and is drawing fans and visitors. With five popular distilleries in the neighbourhood, Brandenburg and its sampling rooms have become a dram lover’s dream.

If you think Ireland is only famous for beer and breweries, here’s some news for you. Irish whiskey is becoming increasingly popular around the world and whiskey makers are putting money into attracting visitors to their distilleries with tours and tastings. Historically Dublin was a whiskey capital and now Teeling Whiskey Distillery, which opened in 2015, offers tours of its copper pot stills and tastings of  the Trinity range of small batch, single grain and single malt. An hour’s drive from Dublin is the heritage Kilbeggan distillery with a single pot still and the Tullamore Distillery which produces grain, malt and single pot still whiskey. Home to Jameson Distillery, which is Ireland’s most famous whiskey brand, is Midleton. Other famous labels from this town are Powers, Green Spot and Red Breast. Dingle Distillery in south-western Scotland is a family-owned, award winning, single malt and pot still brand. Bushmills, in Northern Ireland, attracts connoisseurs for its eponymous rounded, smooth and gentle blended whiskey.

You may not often think of Tel Aviv when planning a whisky vacation. However, the relatively unknown Milk & Honey Distillery is creating Scottish Islay inspired products with high quality barley, custom made stills and casks which were meticulously selected under the guidance of the late Dr. Jim Swan, a renowned cask maturation expert. Tel Aviv’s Mediterranean climate is an advantage for accelerated wood aging. The city is the hub of cuisine and cocktails and a visit to the M&H distillery provides a fascinating grain to glass experience.

Starward single malt whisky has already won hearts and palates in Australia since its launch in 2016 and is now becoming popular in the US too. The Melbourne distillery claims to be the only one in the world using local red wine barrels to mature whiskies which take on bold flavours. A three-year-old single malt, Nova, was the first offering in the American market. Tasmania, off the coast of Australia, too has become a whisky hub with several distilleries that use local barley. Sullivans Cove Distillery in Hobart, which uses some of the cleanest water in the world, is the best known for a small-batch luxury tipple.

Michter`s Whiskey, Declared the Best American Whisky in the World, is the first name when we think Luxury whiskies, more so premium Bourbon. Though in your whisky travels must have taken you to America; but this time try a new place. Texas is not Tennessee. But some trendy new distillers are putting the latter on the whiskey lovers’ map. Firestone & Robertson Distilling Co, a distiller in Fort Worth has become popular for Tx whiskey. Its products are Tx blended whiskey; Tx straight bourbon; Tx barrel proof bourbon ; Tx barrel finish and bottled in bond. Austin is home to Balcones Distilling, known for its award-winning Texas whiskies and well worth a distillery tour. An hour away is the tiny town of Hye, home to Garrison Brothers, the first whiskey distillery in the state.

Grimsby, Ontario, is a good place to kick off the Canadian whisky trail. Forty Creek Distillery; Dillon’s Distillery; Niagara Craft Spirits; Spirit of York Distillery; Reid’s Distillery; Yongehurst Distillery and Spring Mill Distillery are located enroute to the Niagara Falls wine trail. Hiram Walker & Sons Distillery in Ontario, also on the whisky lovers’ map, produces the Gooderham & Worts Four Grain Whisky expression. The whisky is made from a mash bill of four grains (corn, wheat, rye and barley), giving it a depth of flavour and complexity. Canada is known for affordable blended whiskies finished in Canadian oak barrels. There are many Canadian rye whiskies to choose from. Several distilleries are based in Alberta, including the famous Alberta Distillers, established in 1946, in Calgary. The distillery uses a specific strain of yeast which was developed for fermenting rye. Brands include Alberta Premium, Alberta Springs, Windsor Canadian, Tangle Ridge, and Canadian Club Chairman’s Select.