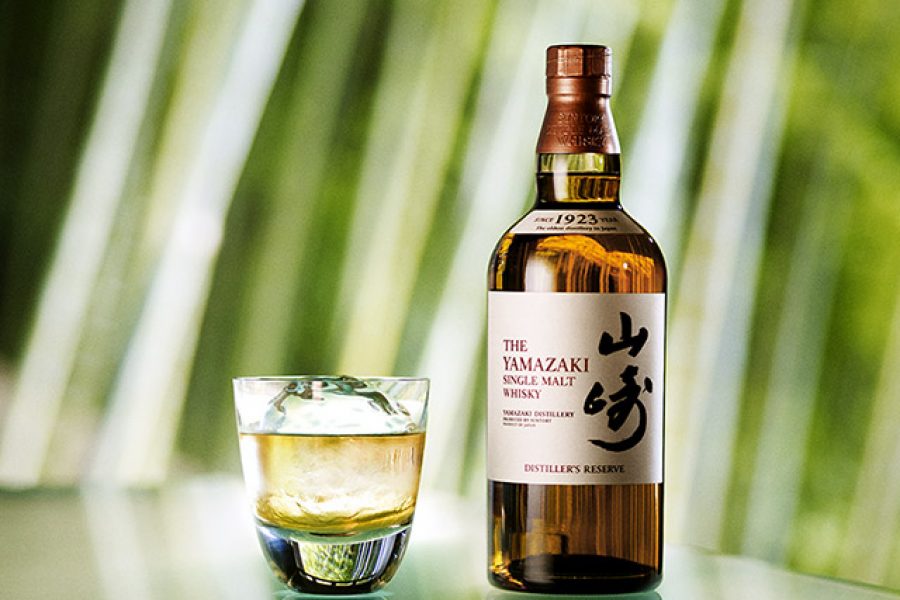 The first time I truly enjoyed a Japanese Whisky was in 2009, interestingly in Scotland. On a mission to buy Casks for future investment, I had tasted 16 Samples & was done for the day… or so I thought! Back at the hotel, I was offered a dram of a Japanese Single Malt whisky. The Nose was charming, light spice, vanilla & the whisky carried a fine balance. It was the Yamazaki 10 YO, a beginner`s malt. Age was a key determinant of quality, taste, & commanded a premium, as such it was astonishing to find a 10 YO so clean & mature. Two Drams & my love affair with Japanese whisky started! Over the years, Japanese whisky has been a constant companion, both in India & Overseas. One of the finest experience was enjoying a Yamazaki 25 YO at the World Whisky Awards in the UK, a few years back. I have been following new Launches & Distillery Collections, quite keenly & even enjoying some of them.

As such, It was a pleasure to know that Beam Suntory, one of the largest Spirits Company in the world, recently launched the House of Suntory in India. The House of Suntory portfolio includes two single malt whiskies: Yamazaki – the pioneer of Japanese Single Malts & Hakushu – verdant, fresh, and delicately smoky. Besides, it also includes Chita, a single grain whisky: and two blends: Hibiki & Toki – ideal for Japanese highballs. The introduction of Roku Japanese Gin and Haku Japanese Vodka adds two premium white spirits created from Japanese ingredients by the master artisans at The House of Suntory to the collection. India witnessed the launch of Yamazaki Distillery Reserve, Hibiki Harmony & Roku Gin, a few days back

Suntory, headquartered in Tokyo, was established in 1899 and since 1923, it has pioneered Japanese whisky, Suntory Whisky`s are renowned for its House of Master Blenders and for their Art of Blending. The founding father of Japanese whisky, Shinjiro Torii, dreamt of creating an authentic Japanese whisky, by choosing a terrain & climate completely different to that of Scotland, thereby cultivating unique conditions for maturation. Japan’s first malt whisky distillery Yamazaki was launched in 1923.

In order to understand The Suntory Story better & the future of Japanese Whiskies, I met Mr. Shinji Fukuyo, Executive Officer and Chief Blender of Suntory Spirits Limited, the first and the largest Japanese whisky company. Shinji was born in 1961 at Nagoya-city, Japan. After graduating from Nagoya University, he joined Suntory Limited and his first assignment was as scientific staff at Hakushu distillery. Since then, he has continued to work in the field of whiskey research and production rigorously. In 1992 he was appointed as a blender at Yamazaki distillery and 1996, he was sent to Scotland to conduct whisky-related research at the prestigious Heriot-Watt University. After 2 years of research at Heriot-Watt, he worked at the subsidiary of Suntory Limited, Morrison Bowmore Distillers at Glasgow, for 4 years as a Board of Director. He returned to Japan in 2002 and resumed his role as a blender at Yamazaki distillery.  Shinji Fukuyo was appointed to the position of the fifth chief blender of Suntory whisky in 2009 and Executive Officer in 2014. He is responsible for the liquid quality of all of the 7 million cases of Suntory whisky brands. In 2018, he was also appointed to the Whisky Quality Advisor of Beam Suntory Inc., which has Bourbon, Scotch, Canadian and Irish whiskey brands. His knowledge mainly covers malt whisky production process, whisky inventory management and whisky design by blending. Products he has blended, such as Yamazaki Sherry cask, Hibiki Japanese Harmony, Hakushu Distiller’s Reserve, have received numerous awards in international competitions. He lives in Kobe with his wife and two sons.

A walk through with Shinjisan…on Whisky!