The Rise & Rise of Indian Whisky

Our Stories
The Rise & Rise of Indian Whisky
April 24, 2019 by Sandeep Arora in Our Stories 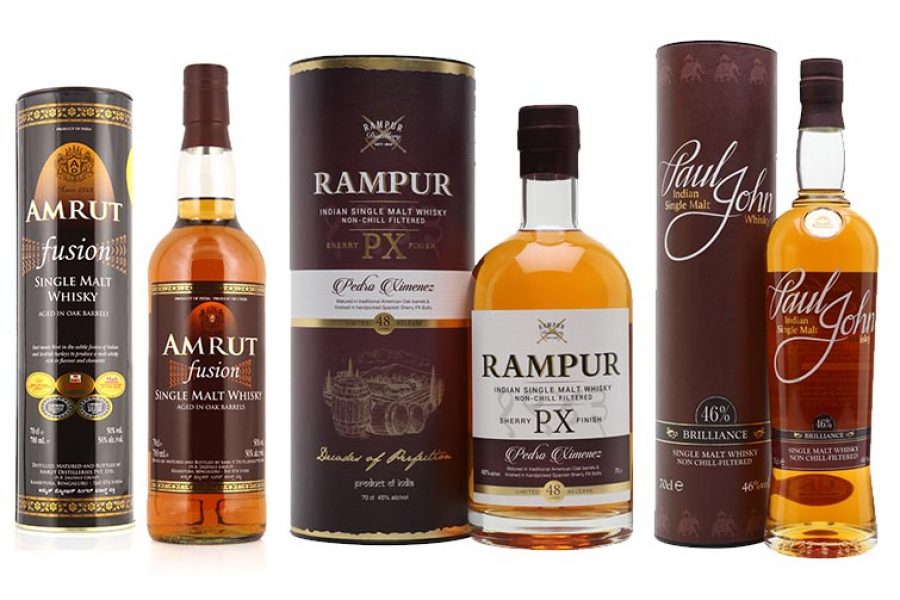 For over a century, Whisky has been the favourite Spirit of India. Indians have been enjoying Whisky and have treated it like its own native Spirit. Though, most Whisky consumed in India is Indian whisky, but the desire and aspiration for imported alcohol or more importantly Scotch Whisky has always been high. In fact legend has it that more JW Black Label was consumed in India, then produced in Scotland.

Even though Whisky is lead spirit in India, the acceptance for Indian whisky, was not very high. When I entered the World of Whisky, back in 2003, Indian whisky was not even considered as whisky, but more as Rum, since the primary base was primarily molasses.

All these years (post-independence) the focus has been on the economy and the mid-segment section of the market and distilleries have produced whiskies that appeal to the masses.

Things changed over the years, with higher percentage grain being used, better quality of the liquid, packaging & above all some astute marketing.

It also started with the entry of multinational in the Indian Beverage Alcohol space.  Quality of product, packaging, marketing, promotions, trade have all undergo complete transformation.  Last 15 years have further consolidated Whisky as THE category in Indian Spirits universe.

The turning point came in 2004, with the launch of Amrut Indian Single Malt, in Glasgow. Now, after Amrut’s success with Single Malts around the world, we see that a lot of distilleries are aspiring to release their own premium whiskies.

According to Mr. Thiruvikram Nikam, Director of Amrut Whisky, “To be honest, I can confidently state that until 2006 the perception of Indian whisky anywhere in the world was producers of ‘Molasses based whisky who catered to the economy segment’. It would be an understatement to say that it took a toll on us to change this image; our teams have travelled millions of miles and met innumerable people making them experience the new Indian whisky. In 2010, when Amrut Fusion was awarded the 3rd finest whisky in the world, global consumers stopped and took note, and since then there has been a sea change in how Indian whiskies are appreciated. It is also heartening to see that now, a number of other Indian distilleries are producing quality whiskies and further strengthening the scene.” Amrut, with 26 Expressions, is now available in 55 countries around the world and steadily growing, USA, France, Sweden, Norway, UK, Germany, Singapore, Taiwan are among the key markets for Indian Single Malts.

Uncompromising Quality & Innovation, along with the characters the whisky gains due to the tropical climate is also a big differentiator for Indian whisky, on the global scale.

It’s of significant importance the way the Scotch whisky industry has paved the way for whiskies over the century and have led by example in opening new channels and also establishing whisky as the leading alco-bev in the world. Now, many countries around the world, including India, produce whiskies of exceptional quality.

According to Mr. Sanjeev Banga, President – Radico Khaitan,” Indian Single Malt as a category is still at a nascent stage.  More players are welcome as it will help the category to grow and become a force to reckon with. There is growing curiosity amongst single malt consumers to try Indian Single Malts.  There is mystic and intrigue about Indian Single Malts. It is therefore, very important that only the finest is offered to the world be it in terms of liquid, packaging or price positioning. Rampur Select launched its first expression only in April 2016 and the consumer response has been very encouraging. USA,UK, EU, Australia, UAE, Singapore, Hongkong, etc. New Launches include RAMPUR Sherry PX Finish and RAMPUR Double Case.

A percentage of the whisky drinking populace is waking up to Asian Whiskies led by Japanese, Taiwanese and now Indian.

According to Mr Paul P. John, Chairman, John Distilleries, “Most Indian whiskies are evolving, with even economy brands moving towards using grain. By volume, regular and prestige segment whiskies are preferred due to price point offerings, especially in the Middle East and Africa. However Indian Single Malts are making a mark internationally now. Indian Whiskies have also moved from Product Price positioning to Aspirational lifestyle choices. Quality of the whiskies are also given utmost priority by producers. Also packaging has evolved from ‘inspired’ from international packaging to own identities.”

The Future for Indian Whisky

While, the future of Indian whiskies is exceptionally good, the new distillers should not misuse the faith & admiration for Indian Single Malts by compromising on quality and thereby compromising the category. It is the industry`s collective responsibility to ensure that they give their best to consumers and the category in itself will flourish.

New offerings across segments which would redefine the product landscape are also being launched.

While Scotland has over 100 distilleries why not India? It is great to aspire to produce quality Indian whiskies, as long as the standards and maintained and people’s faith is preserved, the Indian whisky Industry is in for a great. Indian Single Malts producers should unite and be governed by regulatory bodies just like FSSAI, an independent body which can set the rules that ensure quality is maintained. Like the scotch association. We should have something similar in India. By volume, regular and prestige segment whiskies are preferred due to price point offerings, especially in the Middle East and Africa. However Indian Single Malts are making a mark internationally now.

Amrut Whisky itself is looking at growth rate of 30% YoY, 70000 cases and aiming to achieve a minimum of 2.5X growth within the next 3 financial years.

We learnt the art of whisky making from the Brits and have mastered the art. Indian Whiskies are quite similar to Scotch organoleptically but at a much more competitive price.

While the current flag-bearers of Indian Whisky are Single Malts, there is a lot of scope for good blended malt whiskies in the near future. Emergence of Whisky cocktails as added another dimension to Whisky consumption specially amongst the younger consumers.

Indian Whiskies have been gaining global acceptance & a lot more needs to be achieved.  However, Indian Single Malt Whiskies have truly positioned India as one of emerging purveyor of finest quality Single Malts. Future looks positive, as premium offerings and micro-segmentation are creating an exciting spectrum of opportunities.