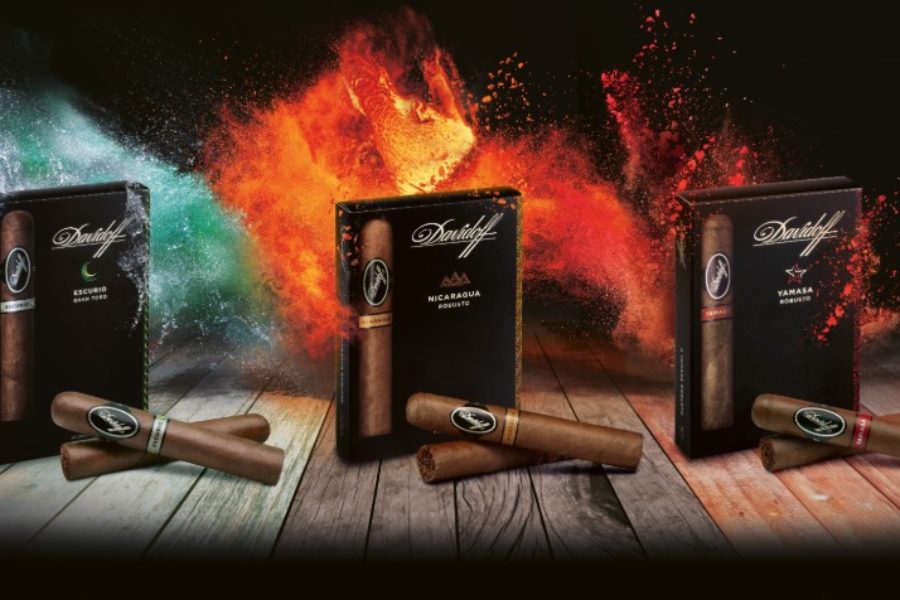 Who doesn’t remember Marlon Brando, holding cigar with deep creases on his forehead, in the iconic film ‘The Godfather’? This classic character has left an indelible mark in Hollywood and across the world. The one thing that has made this movie series timeless—other than a brilliant director and talented cast—is Cigar. These burning stogies emanate character, class and pleasure. Not just on the silver screen, but life in general. A perfect match to fine scotch, rum or even premium beers, this combination makes the most relaxing pastime.

Historians believe Cigars were invented by the ancient Maya Civilization, back in the early 10th century. In recorded history, the first-ever cigar factory was established in Cuba. It was made possible as this island has fertile-land and a warm climate. An epitome of the wealth, privilege, and success—these luxury commodities were soon distributed to Europe and Asia through sailing ships. In 1492, the crew of Christopher Columbus encounter tobacco for the first time in the Dominican Republic. The crew discovers that tobacco is smoked on most Caribbean islands. In Cuba the natives smoked a primitive form of cigar, with twisted, dried tobacco leaves. In 1500s, Jean Nicot, French ambassador to Portugal spreads the hobby to Europe. He gives his name to nicotine. Sir Walter Raleigh brings tobacco to England. There it becomes popular to smoke the pipe. Cigar smoking is common, while cigarettes are still comparatively rare. Cigars are becoming an important industry and factories employ many people. To escape the turmoil of the Ten Year’s War, many cigar manufacturers move from Cuba to Florida, in the 19th century. Ybor City near Tampa becomes the largest cigar factory in the world at the time.

The cigar gained popularity all over the world rapidly. The USA consumed around 300 million cigars, alone, by the mid of the 19th century. It soon became a part of popular culture when people saw famed personalities like John F Kennedy, Sigmund Freud, John Wayne, Arnold Schwarzenegger, and Michael Jordan—who were the ‘crème de la crème’—smoking cigars. Today, Central American countries—Cuba, Nicaragua, and the Dominican Republic—produce some of the finest brands of cigars. As a commodity, it has marked a unique position in the market space. According to Bloomberg, the cigar and cigarillos market size is expected to reach USD 21.02 billion by 2025. Another major survey agency suggests the cigar market is expected to register a 2.5% CAGR in terms of revenue.

All tobacco growing regions in the world have their own micro-climate, which greatly influences the whole growing process. Each micro-climate provides a unique opportunity to produce tobaccos with subtle differences in flavor and complexity. Microclimatic conditions depend on unique factors of temperature, humidity, wind and turbulence.

Sales of premium cigars are still evolving in India, taxes are also on the higher side, which is not leading to desirable growth. But, this hasn’t stopped signature cigar brands—Davidoff Cigars, Habanos, Rocky Patel & many more—from finding their ways to Indian cigar aficionados. The past few decades have witnessed smoking cigars as a symbol of high social status. However, today people of all backgrounds are seen enjoying this privilege in India and across the world. According to Manish Datt, Kastros Retail, “I am so happy to see cigars from around the world in India now. Earlier it was my dream, today it has become a reality”.

Zino Davidoff is perhaps the most famous person in the cigar world. He was born in 1906 in Kiev, to a family of seasoned tobacconists. After many years in which Davidoff cigars were produced in Cuba, Zino decided that the production quality couldn’t live up to his expectations anymore, so he moved production to the Dominican Republic. When his family had to leave Kiev they settled down in Geneva, Switzerland, where they continued their profession by running a specialist tobacconist shop. As a young man Zino traveled to South & Central America where he learned everything there is to know about tobacco from scratch. It was then that he dedicated his life to premium tobacco. After his return to Geneva he took over his father’s shop and started to influence the cigar world. It was then that he invented the humidor, to ensure that his customers could enjoy cigars in perfect condition. The famous Chateau Series of cigars was the beginning of his own cigar brand – “Davidoff”.

Let’s find out about a few finest cigars with famed bands. we have selected some Celebrated Cigars as well as some premium Cigars, which can be enjoyed on a more frequent basis.

All this writing about cigars has made me long for one. It’s time to light one up.