The Art of Time – Bowmore 12 YO Single Malt Scotch Whisky 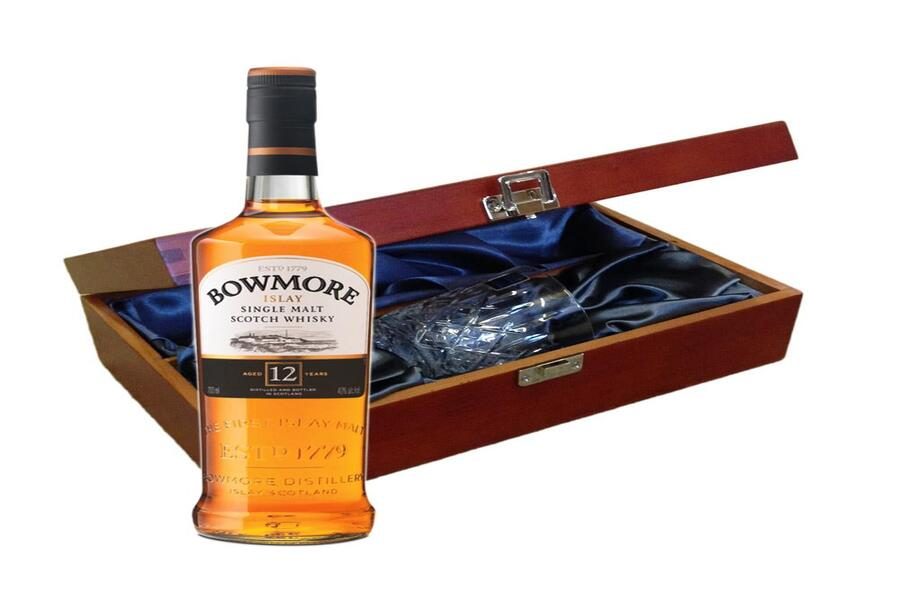 Bowmore 12 Years Islay Single Malt Scotch Whisky is the Epitome of Tradition, Heritage and Luxury. Time leading to perfection. Bowmore is the first licensed distillery on Islay and home to one of the oldest Scotch whisky maturation warehouses in the world, the No1 Vaults. When it comes to whisky heritage, the Bowmore Distillery is unrivalled.

Master Distillers use three ingredients to make Bowmore® Whisky – barley, yeast and water. The soft freshwater from River Laggan and the magnificent character of Islay – all culminate to create this impeccable Single Malt a legendary traditional experience.

The Maturation stage – arguably the most important part in the whisky journey, uses a variety of used casks, carefully sourced from across the world, to develop the different colours and flavours of the whisky. Time has the mysterious power to shape and transform the precious into something truly beautiful. Only what is truly special and unique from the start, at a very young age, will benefit from the passage of time. Time transcends our spirit into a piece of art.

So how does history of 240 years taste? Balance, complexity and delightful.

Every bottle of Bowmore Scotch whisky has been shaped by the exquisite flavours of (Anchor 3 by Sandeep )So how does history of 240 years taste? Balance, complexity and delightful.

Every bottle of Bowmore Scotch whisky has been shaped by the exquisite flavours of carefully selected oak casks and given character by the slow passage of time. Time is central to the making of Bowmore. Fermentation periods are perfectly timed, casks are hand-selected and the care and attention to detail is what created the complex balance of not just the mild smokiness, but also the maritime minerality and fresh stone fruit notes. That is why Bowmore ages like no other.

Bowmore Aged 12 Years Islay Single Malt Scotch Whisky reflects the essence of the place of its birth and generations of tradition. The warm amber dram has a delicate flavour with citrus notes, mellow honey and a gentle hint of Beam Suntory’s trademark peat smoke notes that tingle the palate. The symphony of the flavours leads to a titillating experience of the senses. Not surprising that the dram won Gold at San Francisco World Spirits Competition 2018 and the International Spirits Challenge 2017. What Makes it the Most Distinguished Single Malt Expression in India.  Well its a collector’s item and prized possession worthy of display in personal bar collections and exudes luxury when served to guests. The recent release of the Black Bowmore DB5 1964 in association with Aston Martin is a tribute to the prestige of both luxury brands.

Bowmore Aged 12 Years is an exceptional Single Malt with craftsmanship, tradition and unmatched legacy and that makes it an elixir for whisky lovers who appreciate the finer things in life