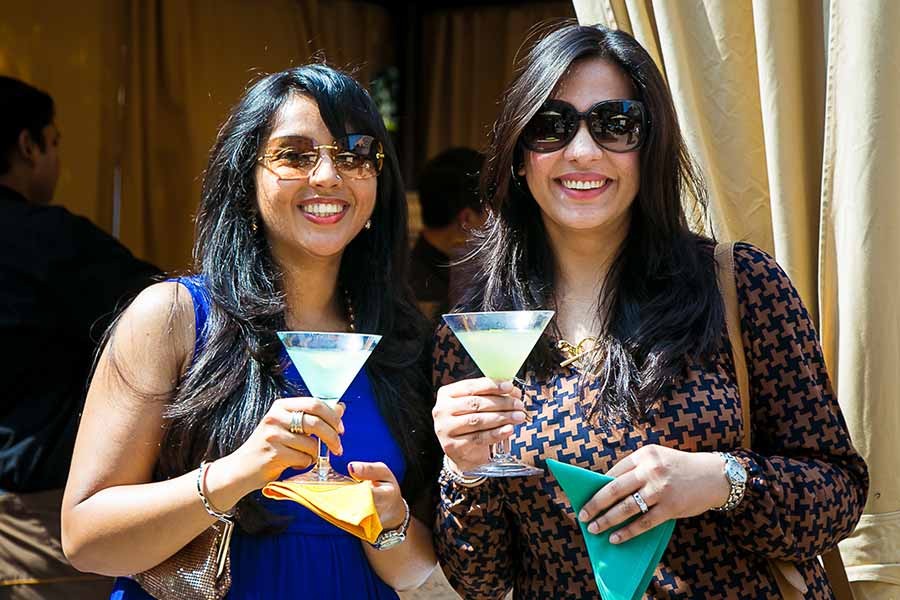 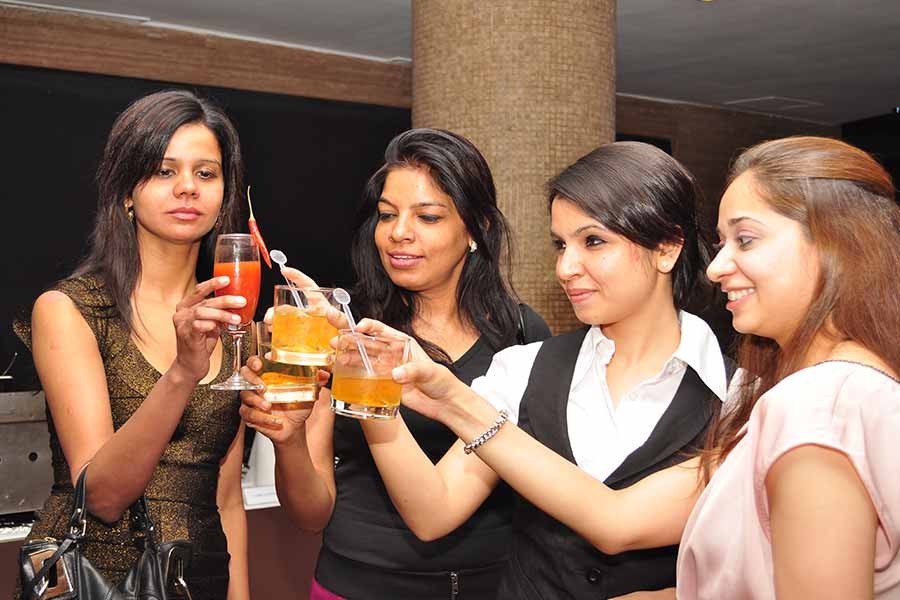 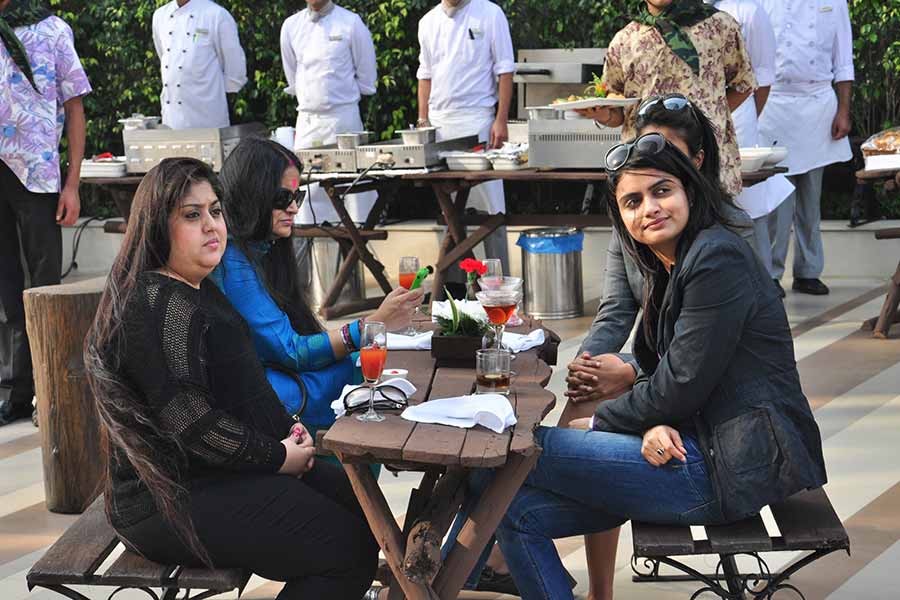 Whisky
A term which conjured up images of masculinity, an image of Big Boys on Bigger Bikes, or swarthy and bushy men in dimly lit pubs in England, a drink which was enjoyed by the previous generation, a drink which only showcases a popular blend or an Indian whisky for the macho man !

Large pour of Whisky – with Ajit or Ranjeet for company! WOwEE

Large Measures of whisky and boys night out from Jalandhar to Jaitpur to Jalgaon!!!!!!

Is that what whisky is all about?!

Most definitely a BIG NO!

And definitely an impression from 70`s and 80`s and some maybe in parts from, early 90`s as well. As Indians, we are well… A Whisky Nation and enjoy over a 100 million cases of Whisky every year, of both Indian & international labels. We are definitely high on spirits!

Though, over the last few years there has been a generic shift towards whisky becoming a lifestyle trend. Men and an increasing number of women are partaking the pleasure of a drink that is successfully produced, primarily, by a small country in the north – west of Europe – a country called Scotland & a cult called Whisky. Though now we have whiskies from USA, Japan, Australia, Wales, Ireland, Sweden also wetting our palate!

Whether the new generation of tipplers are enjoying stylish malts or premium blends, Scotch Whisky or American Whiskey, a robust 18 YO or an elegant 40 YO, they are all embarking on a Whisky Voyage of Discovery.

Whisky – Arguably the most stylish drink in the world, enjoyed by Men and Women, across time spans, continents – in different ways and varying styles.

Whisky – A word seeped in history, legacy and mystery and now increasingly being embraced by a new admirer! The Women of our Times

So is Whisky a man’s drink? And more importantly why is it thought of like that.

Whisky for the longest time has been portrayed as a manly, hairs-on-the-chest growing tipple!  Although the truth is, whisky has long been appreciated and enjoyed by women the world over, this is not, in my opinion a recent phenomenon.  In fact an industry associate, recently shared with me an article, on one of the oldest women in Britain, a lady by the name of Minnie Smith, wherein during an interview on her 110th birthday celebrations Minnie attributed her longevity to her regular consumption of whisky and boiled onions!  Move over to the younger brigade and there are plenty of examples of celebrities who have been enjoying the pleasures of whisky – Margaret Thatcher, Madonna, Kate Moss to name a few off the top of my head! Whisky – despite common misperception – is enjoyed by women all over the world, but particularly more so in Russia and Sweden

According to Ms. Davinia Small, The Ex-Ardbeg Single Malt Evangelist, “Women aren’t just drinking whisky they are also distilling and blending it too.  Our very own Whisky Creator and Master Blender at Ardbeg and Glenmorangie is the award winning, highly acclaimed and respected Rachel Barrie who has been the mastermind behind many awards for the Company over her 17 year career with us. In addition, we recently discovered that around the time of World War 1 the Ardbeg distillery was successfully managed and run by two sisters. “
Experts say the rise has been prompted by a new generation of female drinkers, prepared to experiment with new spirits and different flavors as well as a series of tasting events that combine whisky with food.

And that’s what makes them take to single malts like Glenfiddich Glenmorangie, Talisker, The Glenlivet, Bruichladdich, Bunnahabhain or Coal ILA. These malts offer the most alluring adventure in Malt Whisky, complex multi-layered aromas and flavours. A liquid catalyst that ignites all of your senses, thrilling and stimulating your whole being…the velvet explosion! Sushma Puri, MD of Elite Models India had remarked to me a few years back, “Interestingly it never occurred to me that Whisky is a man’s drink. I have been enjoying Single Malts for a long time and find myself hunting for newer impressions and variants, whilst travelling abroad.”

From my own experience of hosting numerous Whisky Appreciations across the country, I am quite delighted by the number of women who attend.  Most of these attendees are not coming to the tasting because their partner is into whisky, but because they have a genuine enjoyment and appreciation for whisky itself. For new comers, it is also a sense of curiosity and desire to learn more!! Accordingly to Annabel Meikle Whisky Creator – Sensory Expert, says, “The new generation of young, professional female whisky drinkers are also introducing their friends, colleagues and clients to the spirit. Women like to try new things, like to sit down and nose whisky and taste it, and they are not afraid of saying whether they like it or not.”

Well one thing that need not be entertained is “Hand Holding” of women drinking Whisky. “The only time I have a problem is when some bar tender pours my malt, then starts adding water and says “say when” because I am a woman, and they assume I cannot drink it straight” is how one women describes her experience.

According to A C Neilsen,few years back, almost a quarter of Whisky drinkers in the UK are women, which is an improvement over the last decade, when it was 1 in 10. Closer home, whilst there are no stable statistics, but on observation, I feel that the number of women enjoying whisky has greatly increased. The first impressions that you deny the drink, without as much as tasting it, is slowly giving away. It is quite common, at dinners and at Whisky Appreciations that you witness women nosing and enjoying their favourite dram. The new trends also ensure that you do not patronize women with “softer” whiskies; in fact I have seen most women enjoy the Big Taste of a Smoky Lagavulin, an elegant Balvenie or a lush Ardbeg, all with “wee drops of Water in their dram”.

A Leading Global Whisky Company conducted a web research and shared their findings with me. “Through internet, we contacted 1,000 women (about 250 each of 20, 30, 40, 50th olds)

I tracked some trends, where we mapped the “evolution” of whisky over the last few generations. I realized that some women in their 40`s and 50`s have been drinking, whisky since almost 20 years! Enjoying the spirits, mostly blended whiskies and with a fairly regular frequency of consumption. They are generally soft spoken, well mannered and enjoy hospitality at well kept homes. Not very brand conscious, but will not drink just about anything. They also enjoy whisky at parties, bars and at social engagements. The Generations born in 70`s, enjoyed whisky a bit less in their relatively younger days, though are now really grabbing Single Malts, even comparing notes with friends at parties and drinking at home with spouses or partners. They are balancing traditions & modern lifestyles, well educated and are what I call “Generation in Transition”. Carrying good Single malt is a must on all holidays. Offering a selection of whisky and sharing some new malt with guests, including showcasing tasting notes is a natural trend!

The Generation born in 80`s is the one to watch out for. Independent, stylish and bent on enjoying life – not just wanting to earn well, but also spend well. These are women who enjoy a drink, for the pleasure of it, not just based on its tag or positioning. More over, the drink needs to be a statement in itself and also “communicate” with them. Wine is fine, Vodka sure sometimes, Whisky of course ………….a Good Single Malt is a Great Drink.

Priya Kapur, successful entrepreneur and designer enjoys whiskies with close friends and at home with her husband. She enjoyed blends but is quite fond of Dalwhinnie and The Balvenie 21 YO.

Interestingly Women Whisky drinkers also like to go for the Big taste and are not climbing the taste ladder as has been the practice traditionally. It’s not necessary to move from blends to soft Speysiders to big Islays. A good Glenfiddich or a Ardmore or a Jim Beam, perhaps a Royal Salute 21 YO is a matter of choice and taste, not rules. Women are not new to whisky and do not need whisky to be easy drinking (i.e. lowland) or served smothered in juices, fruits etc.

For global Whisky brands, traditional myths are getting broken. Women are not a niche market, but a growing market. There is no sexist bias or feelings that focussing on women will move men away. Women also do not like Red, Orange Green, “Minty and Pinky” whiskies, they like them as they come and as they are!

The more recent and more exciting trend occurring in the whisky industry of late is the definite shift of perception.  Whisky is no longer perceived as the traditional Scottish, pipe, tartan and slippers drink of old.  Through excellent marketing and promotion by the industry as a whole Whisky is now becoming perceived as a very sophisticated, intelligent, premium and complex spirit it is for this reason that I believe it is becoming much more appealing to both male and female consumers of all ages. Companies are also building an environment, where women and whisky are matching well. Food pairing, Nosing sessions and Whisky Appreciations are all being worked out by whisky brands, to facilitate a better understanding and higher appreciation for the product.One of the finest areas of this gradual shift is that Women are enjoying Whisky Responsibly! It has also led to the perception of the industry changing towards a better positioning.

For a very long time women were scared to drink whisky because it had such a masculine image. But times are changing and female drinkers are much more open to trying new things. In my opinion a woman drinking single malt looks far classier, than a woman drinking a sparkly pink cocktail with a straw in it, with coloured decorations, frothy surface and a pineapple jutting out!! ENJOY RESPONSIBLY.