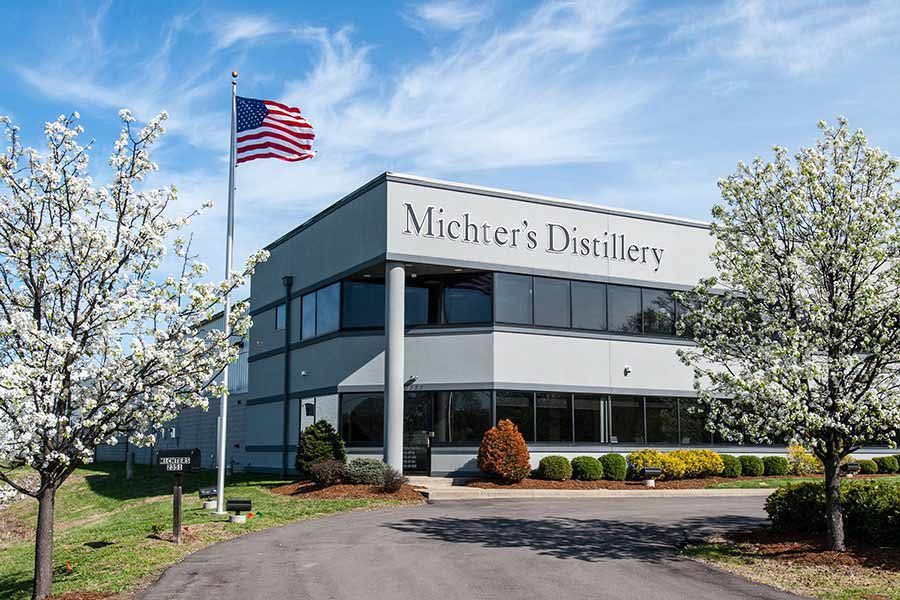 As Summer sets in, India starts travelling again. Whilst travel plan are getting matured to global destinations across Mountains, Lakes, Palaces, Museums and enjoy famous Chefs & curated cuisines, we walk you through some iconic & “spirited” experiences, wherein you can visit world`s finest distilleries. Enjoy Responsibly !

Michters Whiskey, USA
​​​​​​​Located at 801 West Main Street in the heart of downtown Louisville, Michter’s Fort Nelson Distillery is across the street from the Louisville Slugger Museum & Bat Factory and down the block from the Frazier History Museum, which has been designated the Kentucky Bourbon Trail® Welcome Center and serves as the official starting point of the Kentucky Bourbon Trail®. Michter’s Fort Nelson Distillery is only a ten-minute drive from the Louisville Muhammad Ali International Airport. Michter’s Fort Nelson Distillery is home to the legendary pot still and cypress wood fermenter system from Michter’s Pennsylvania, which traces its history back to 1753. Visitors will learn about all the extra steps Michter’s takes throughout the whiskey production process to pursue our goal of producing the greatest American whiskey, from barreling at a lower entry proof, to toasting our barrels before charring and heat cycling our warehouses. Guests over 21 years of age will enjoy a guided tasting. Located on the second floor, The Bar at Fort Nelson features classic cocktails curated by cocktail historian David Wondrich as well as modern creations by the bar team. The Bar serves as a resource for the local Kentuckian bar community and hosts educational seminars from leading industry professionals through its Fort Nelson Fellows program.Online reservations are strongly recommended, but walk-ins will be taken on a first-come, first-serve basis. Learn more about the tours we offer here: https://michters.com/tours/

Yamazaki, Japan
The Yamazaki Distillery is Japan’s first and oldest malt whisky distillery established in 1923 by Suntory’s founder Shinjiro Torii. Torii envisioned creating the perfect Japanese Whisky by choosing a terrain and climate to create a unique kind of whisky. Referred to as the birthplace of Japanese whisky, the Yamazaki distillery is nestled proudly on the periphery of Kyoto; this region is where the Katsura, Uji and Kizu rivers converge, providing a unique misty climate and one of Japan’s softest waters. This region is the place where master of tea ceremony, Sen No Rikyu, built up a celebrated tea house almost 500 years ago because of the superior quality of water. The diversity of this region’s temperature and humidity creates ideal conditions for cask ageing, known as the signature ‘Suntory Maturation’. The Yamazaki distillery is distinguished by its uniqueness of producing a variety of whiskies in a single distillery; in every process of whisky making – fermentation, distillation, ageing, and vatting – the distillery’s craftsmen have been adding new innovations while continuing to practise skills passed down by their predecessors. The name ‘Yamazaki’ thus speaks of the confidence and pride of the distillery’s founding history with three generations of Master Blenders and celebrates Suntory’s passion and the birth of the Japanese Single Malt.

Yamazaki Whisky is Suntory’s flagship Single Malt whisky from the Yamazaki Distillery. Known for its heritage and signature refined yet complex taste of Japanese Single Malts, it is aged in Yamazaki’s Sherry Casks and aged Mizunara (Japanese Oak) Casks, which lend an underlying trace of oak to its flavour profile. Multi-layered with fruity sweetness and Mizunara aromas, Yamazaki offers a delicate yet profound experience of a Japanese Single Malt Whisky. Highly praised by connoisseurs all over the world, today, it is the No.1 Single Malt whisky in Japan and is present in more than 35 countries.

Bowmore Distillery, Scotland
Bowmore, Islay’s oldest distillery, is home to one of the world’s oldest whisky maturation warehouses, The No. 1 Vaults. Crafted to perfection in this legendary warehouse, Bowmore Islay Single Malt Scotch Whisky has been meticulously matured by master distillers for over 240 years to acquire a distinctive flavour profile. 1779 marks the first recorded mention of the Bowmore distillery on Islay making it the oldest Islay Scotch Whisky distillery. Not only is the whisky much admired amongst noteworthy connoisseurs, but the distillery has also hosted British Royalty with Queen Elizabeth II visiting in 1980. They personify the finest tradition, skill and expertise that was used in crafting Whiskies in the earliest days of Scotch being made and stand out for its balance, complexity and beauty.

Cooley Distillery is an Irish whisky distillery that lies in a beautiful corner of Southern Ireland close tothe northern border on the Cooley Peninsula in County Louth, Ireland. Formally a government owned distillery, turning potatoes into industrial alcohol, it was designed by Czech architects and resembles a beached battleship. The distillery was converted in 1987 from an older potato alcohol plant by entrepreneur John Teeling. Unlike most other Irish whiskies, which are usually distilled three times, Cooley’s products are generally distilled twice, as the third distillation is thought to remove some of the flavour components. Cooley Distillery has developed a world class reputation for its whisky and was awarded the title of World Distiller of the Year at the International Wine & Spirits Competition in London.

The Cooley Distillery itself has no visitor centre. If you want to know more about the art of distillation and the history of Kilbeggan and the other Cooley labels, visit the Kilbeggan Distillery Experience in Kilbeggan.

Sullivans Cove is currently located in Cambridge, Tasmania, a short drive from Hobart International Airport. Building is also underway on a world-class distillery and visitor experience centre on the banks of the Derwent River, in the Hobart CBD.   Sullivans Cove is a rarity in the world of whisky; where most distilleries blend or vat together multiple casks, Sullivans Cove focuses on producing single cask whisky; each bottle comes from one cask only. Single cask whisky is the purest expression of whisky, needing the highest level of care and craftsmanship to produce these one-of-a-kind releases. In 2014 this care and craftsmanship was rewarded when one of their French Oak releases won World’s Best Single Malt at the World Whiskies Awards, and again in 2018 and 2019 when their American Oak was awarded World’s Best Single Cask Single Malt. Timings & Logistics to reach the Distillery The distillery is a 10-minute drive from Hobart International Airport, or a 15-minute drive from Hobart CBD. The cellar door is open from 10am-4pm, 7 days a week, with a tour everyday from 2.30-4.00pm.  A visit to Sullivans Cove Distillery offers the opportunity to get a behind-the-scenes look at one of the world’s most awarded distilleries. This small scale, single cask distillery offers daily tours where you can learn about their unique approach to crafting single cask whisky from their passionate team. The cellar door also offers visitors the ability to purchase distillery only whisky releases and a selection from their core range. Sullivans Cove distillery offers both whisky and brandy flights, as well as a premium tasting experience of their Old & Rare whisky releases. Bookings for both tours and tastings are essential as space is very limited.  Sullivans Cove is located the Coal River Valley, one of Tasmania’s premier wine regions. A short drive from the distillery are some of Tasmania’s finest producers of Pinot Noir and Chardonnay, such as Pooley Wines and Frogmore Creek.

The Distillery, lies by the tranquil shores of the Dornoch Firth, amidst the golden barley fields that border the Royal Burgh of Tain in the Highlands of Scotland. Glenmorangie has been creating single malt Scotch whisky since 1843, when farmer William Matheson and his wife Anne purchased the ‘Morangie’ Farm and founded the Glenmorangie Distillery. Their vision was to craft a single malt whisky that is exceptionally smooth yet wonderfully complex, achieving this by using what are the tallest stills in Scotland and a focus on using exclusively Scottish barley. Over 175 years later, Glenmorangie single malts are world renowned for their delicious, floral, lush and velvety flavors. Timings & Logistics to reach the Distillery. The Glenmorangie Distillery Visitor Centre is open from 10:00 – 17:00, Monday to Friday. Discerning travelers can opt to book themselves a tour of the distillery. The Original Tour happens every hour between 10am to 4pm from Monday to Friday. The distillery is located just beside the A9 road as it passes the small town of Tain and is about a 1-hour drive north of Inverness. The distillery has ample parking and is easily accessed by car or taxi. Visitors can also take a Bus or train to the town of Tain from Inverness, the distillery is a 10-15 min walk the center of Tain,

Glenmorangie House – overlooking the un-spoilt shores of the Moray Firth and nestled amongst the ruins of an old castle, this 17th century house is both luxurious and intimate. With everything you would expect from a 5-star hotel, but with the warmth and personality of a country house, it is a truly special place to come and experience the rugged beauty of the highlands. Enjoy a walk along the beach, play a round of golf, visit the distillery and then head back to the house to enjoy award winning food cooked by the Glenmorangie House chefs with ingredients sourced from the inhouse kitchen garden. One can choose from whisky that has been “finished” in a variety of casks e.g. Fino Sherry, Ruby Port, Dry Oloroso, Malmsey Madeira, Claret, and even Cote de Beaune red wine.

John Distilleries introduced its single malt secrets to the world with the opening of the Paul John Visitor Centre at Goa, home to the International Award-winning Whisky, Paul John Single Malt.

At its Visitor Centre, the first of its kind in India, the internationally acclaimed Paul John whisky puts together the craft and time-honoured process behind the making of single malts. During tours, guests can choose to enjoy exquisite tasting sessions to relish and discover intricate flavours of the whiskies. Since 2013, Paul John Whisky has been honoured with over 290 prestigious international awards and the Wall of Fame shares a few glimpses of these glories.

For those keen to understand the making of fine whiskies and interested in extraordinary travel experiences, the Centre is a perfect one-day itinerary that unravels the rare art of whisky-making, from mashing to distilling in fine copper pot stills. The visit to the underground cellar would be a magical moment filled with rich aromas to each and every whisky connoisseur.

Paul John Visitor Centre, is located in the distillery premises in Cuncolim, Goa, a mere hour away from the airport towards the south of Goa. With oyster-shell windows, dramatically coloured walls and rustic furniture; the aesthetics of the Visitor Centre highlights the Portuguese influence often seen in Goa. Group and private tours can be booked, for visits any time from Monday to Sunday, 11am to 4pm.